No weight loss story is the same, and each one has its own set of obstacles. To Merin Graves, starting a fitness regimen in her mid-30’s was a form of an “ongoing redemption” of her childhood PE experience where she was “definitely the least athletic kid in class, who would get stuck at the top of the climbing and have to be rescued by the coach.” After becoming an avid CrossFitter in 2014, Merin began a new journey when she left CrossFit in 2016 to focus on conquering her battle with infertility. That battle came with unwanted weight and health complications and was the tip of the iceberg for the reasons behind wanting to lose weight. 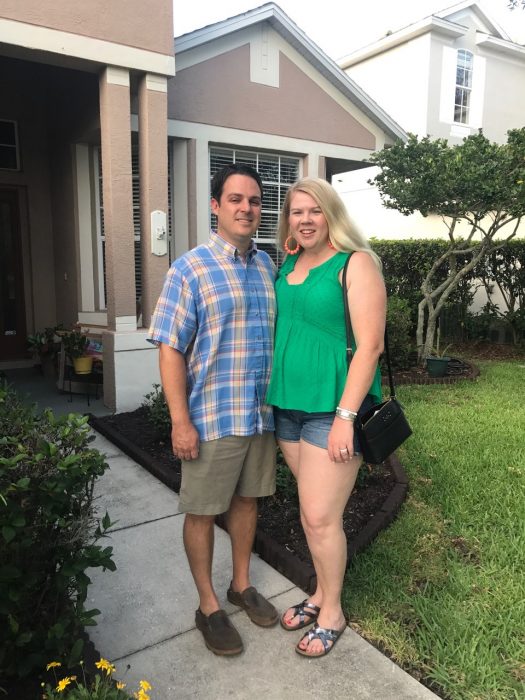 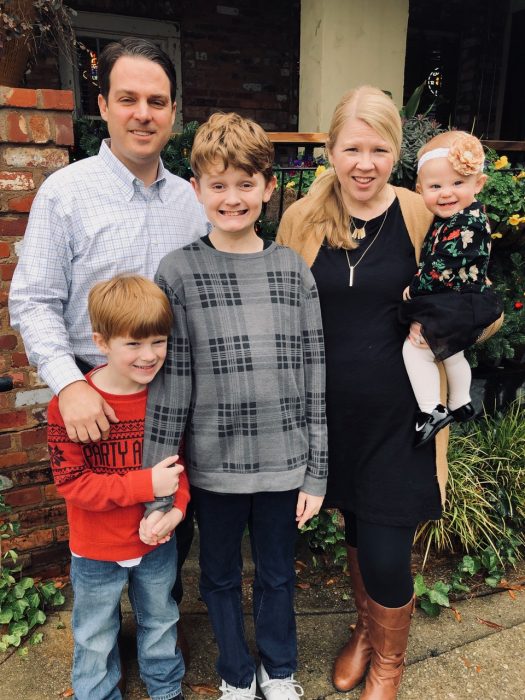 “Being strong was great and I loved regular exercise, but the recurrent miscarriages I experienced during that time were a problem,” Merin said. “When I left CrossFit, I stopped exercising altogether to pursue answers regarding infertility. At this time, I gained weight and learned I had thyroid and a blood clotting disorder.”

Merin realized the weight she had slowly gained in that time had been difficult to notice during the busy days of working in health care and raising a family. Then, a miracle happened when Merin became pregnant with her third child in 2017 at age 38. Now that she was finally pregnant again, Merin discovered her weight would be an important component in what would be a challenging pregnancy.

“My OB/GYN told me I should not gain more than 15 pounds with this pregnancy since I had gained significant weight before becoming pregnant,” Merin said. “My advanced maternal age pregnancy had many complications, including hyperemesis gravidarum (severe nausea), gestational diabetes and gestational hypertension, among other issues. Exercise during pregnancy was non-existent due to the nausea. The reality of my weight after the baby was born was a wakeup call.”

She kept her pregnancy weight on target by maintaining a carb-counting diabetic diet and regularly checking her blood sugar. Merin and her husband welcomed a beautiful baby girl – a month earlier than expected – in February of 2018. After surviving a difficult pregnancy, Merin knew then that she was ready to take back control of her weight and her overall health.

“It was time to make a long-term decision about my health,” she said. “As someone who manages diabetic eye disease for a living, I knew well that having gestational diabetes greatly increases the risk of developing type 2 diabetes later in life. I made the commitment to regain my health and lose weight.”

Merin and her husband had been coached by Chris Wade since they started CrossFit in 2014 at a previous gym. They had followed Chris in his path to opening Nexus in March 2018, six weeks after the birth of the Graves’ third child. Merin was cleared to exercise by her OB/GYN and joined Nexus Fitness in April. But after everything she had been through, returning to the gym was not easy.

“The word ‘humbling’ does not adequately describe how it feels to walk back into a gym after years away, at your highest known weight, coupled with the exhaustion of having a new baby,” she said. “I knew what it was like to feel relatively in shape in the past, so to not be able to ‘attack’ or ‘sprint’ on the TrueForm was initially frustrating, but I knew progress would come if I did not give up.”

Merin attended Xcel classes three times a week and was encouraged by the coaching she received from Jessica Benson, Brandon Etheredge and Chris. In each of the four stations in Xcel, there was slow progress – being able to increase Torpedo weights, perform certain movements on the TRX, row “without dying” and finally being able to run on the TrueForm. Merin used the MyZone heart monitor in every workout. She remembers struggling, frequently finding herself in the red zone. With time, and as she lost weight, her heart rate would decrease and return to lower/resting rates between stations. Merin also consistently met with a dietician and weighed herself monthly to adhere to a healthy diet.

Since joining Nexus Fitness after the birth of her third child, Graves has lost over 55 pounds.

When it comes to her weight loss, there are many things Merin has to be proud of, including a new outlook on what it means to lose weight. But she is most excited about her recent return to CrossFit.

“I have just started back on the CrossFit side of Nexus and attend both Xcel and CrossFit classes for continued variation in my workouts,” she said. “I very much missed the barbell and other elements of CrossFit that I knew I could not return to until the time was right. So, I am back at square one in CrossFit, but I am ok with that. To me, losing weight is like the oxygen mask speech they give on airplanes prior to takeoff – you must first take care of yourself before you can properly take care of others. I am a 39-year-old mother of three children (ages 12, 6 and 11 months) in a two-career family, which is a total goat-circus of a life. I cannot fulfill my obligations as a wife, mom and healthcare provider unless I am taking care of myself first. Losing weight, for me, was a necessary form of self-care.”

As many can attest, losing weight does not come without its challenges, and Merin is no stranger to facing obstacles. She shares the most difficult parts of her journey and how she was able to overcome them by both pushing herself and being realistic.

“The hardest part was starting and not allowing the voice of discouragement to have power over you,” she said. “The next hardest part was silencing the voice of comparison. When you work out in close proximity to other folks, it’s easy be aware of differences in abilities. I tend to put on my blinders and only pay attention to my own pace because my only competition honestly is myself! I am a realist and freely acknowledge that I am not a 20-something-year-old former college athlete. I have never in my life been accused of being ‘athletic.’ But the most surprising thing has been that the things I dreaded the most, have become the easiest, most mindless part of my workouts now, like the TrueForm!”

Merin credits a significant part of her weight loss to Nexus Fitness, particularly the specialized workouts our coaches provide every class. According to her, all she needed to focus on was showing up and putting in the work.

“Nexus provided me with a high-energy and welcoming environment to consistently burn a high volume of calories, a community of encouragers that brighten my day when I walk in the door, and coaches who know precisely how hard to push me in a workout,” said Merin. “I am not one with the initiative to create my own workouts. We have a lot going on in our lives, so my exercise classes need to spell it out and tell me what to do. Both Xcel and CrossFit provide constantly varied workouts so I am never bored. I don’t consider myself a poster child for success whatsoever, just someone who is a work in progress and slowly seeing change over time.”

In addition to telling her story, we asked Graves what advice she would give to others who are trying to lose weight. Graves can attest that weight loss is not a one-size-fits-all and does not happen overnight. Most of all, there is plenty to learn along the way.

“Anyone who has been on a weight loss journey before knows what works and what does not work for them. Personally, I now know that dieting alone will not provide me with the energy and strength necessary to keep up with my responsibilities. I learned the difference between being ‘thin’ and being ‘strong,’ and I will always choose strong. For me, exercise is a non-negotiable component. Know that there are no quick-fixes or short cuts. It took me some years to gain this weight so it’s going to take me a while to lose it! It’s a long-term commitment to getting up each day and making the daily choice to follow through with your intentions: show up at the gym and do my best, plan my meals. Do not beat yourself up if there is an off-day, an off-week or even an off month.”

Merin’s weight loss journey is not over. She says she still has some weight left to lose, but is not driven by a particular weight goal. According to her, she has learned to leave room for a “goal weight range.” What started with the motivation to change after systemic health issues during pregnancy has turned into a story that has impacted the lives of others, especially in our Nexus Fitness community.

“There is power in being transparent and sharing our stories because none of us are alone in our struggles or victories in the gym. Sometimes a voice of isolation will whisper, “Hey, you’re the only one who…fill in the blank with what you think you lack or can’t do.’ It’s just not true. Finding common ground and a connection with other people at the gym is important because sometimes hearing that ‘me too!’ can make all the difference. It’s good to have that person you can look at and make a stupid face at on the last round of over-the-box burpees to acknowledge that, yes, you are both suffering, but it is almost over and it is worth it!

“I have met so many strong mommas at Nexus who set an incredible example and push me to work harder. I know there are others in the Nexus community in the same place: mommas who have recently had a baby, or have school age kids, or are close to 40, or have a child with special needs, or have never been considered an athlete. My heart is to connect with and encourage others so that iron can sharpen iron and we can crush some goals in the process.”

You can find Merin Graves on both the Xcel and CrossFit side of the gym at Nexus Fitness. Stay up to date with our blog to hear more incredible stories like hers from the amazing people who walk through our doors every day.